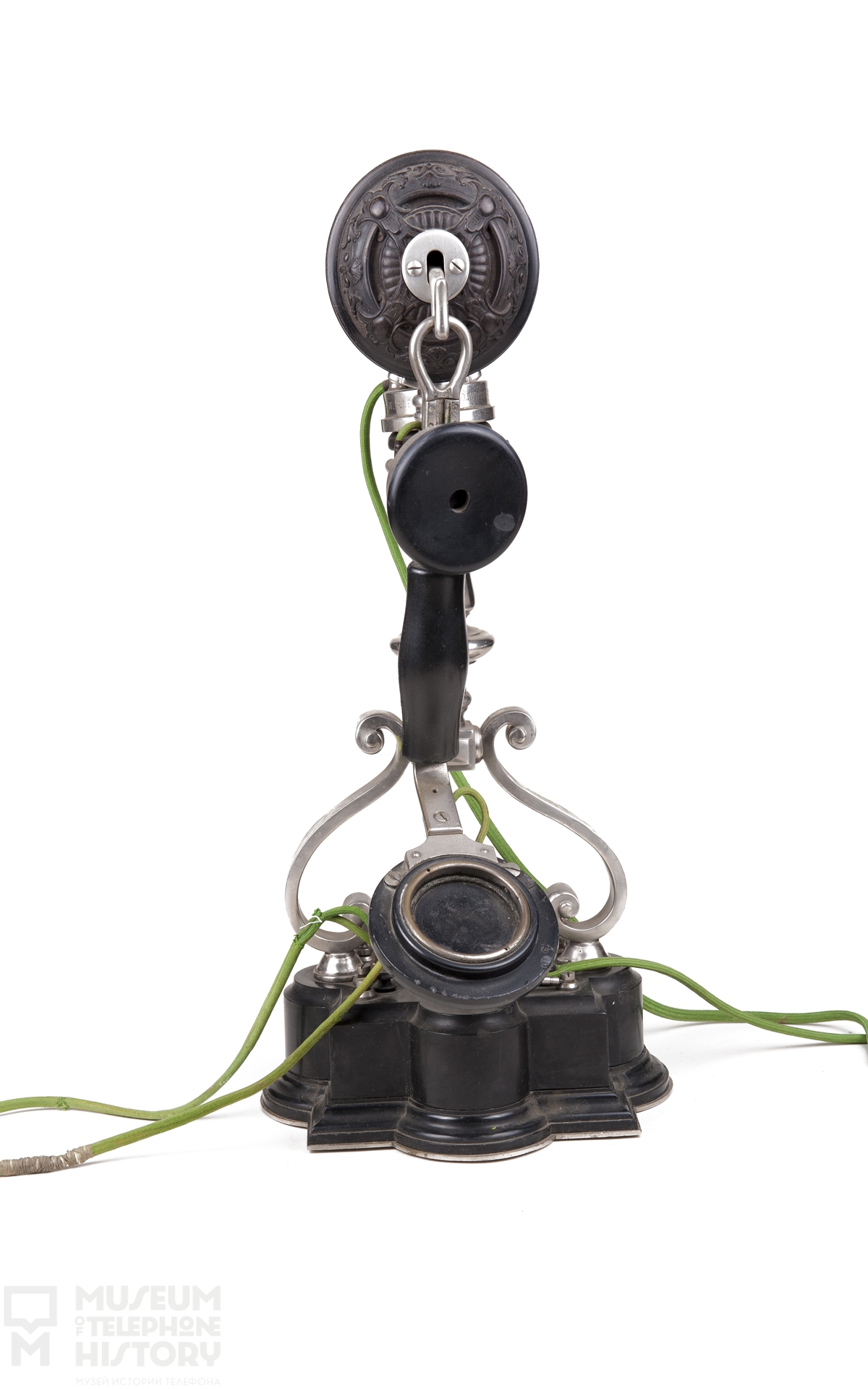 Desk Telephone 1893, France, Berthon-Ader In contrast to Switzerland, where the State controlled the entire industry, French telephone production was not monopolized by the state. Therefore, we see a variety of early French telephone models. French manufacturers could decorate their phones as they saw fit. This phone was made in elaborate fashion, the upper part being decorated with openwork carving. The base was made of a new material, composed of pressed paper and wood. This model was produced mainly in black. Other colors, however, were produced on request only. Used in private institutions and wealthy houses of France.
Share
Previous model Siemens Germany, 1954 y.