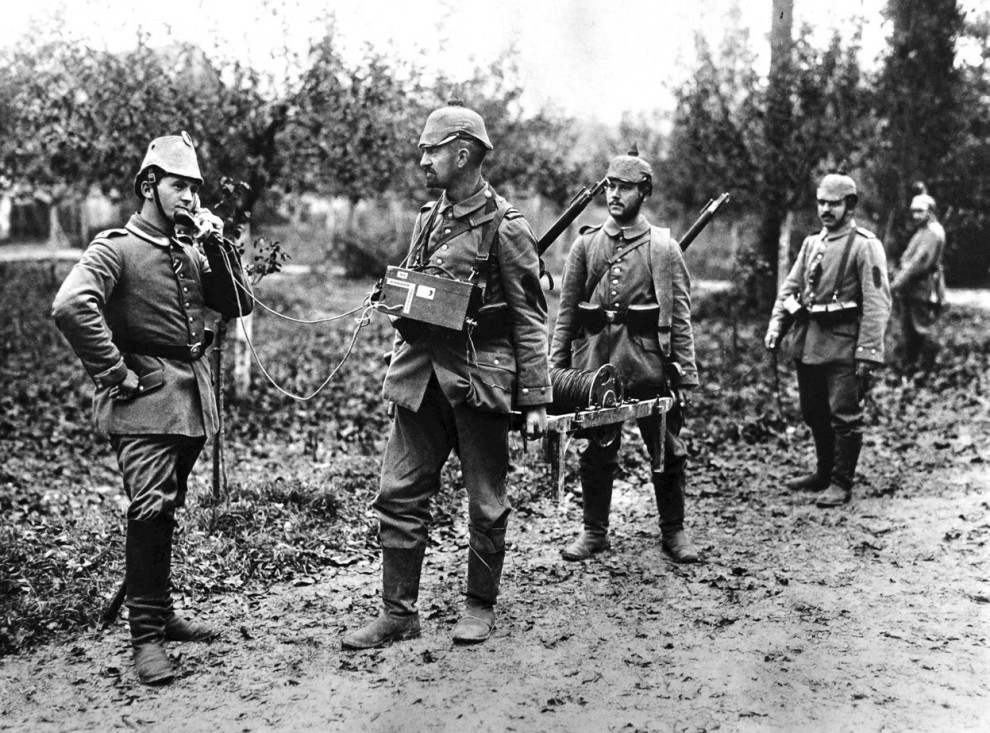 The opening of the exhibition was held in conjunction with the ‘Great War’ International Forum entitled ‘The Lessons of History’, which took place in the Museum on 31st July 2014. In addition, a monument was unveiled on Poklonnaya Hill, remembering the heroes of the First World War. Visitors will be able to meet with the fates and deeds of the people who passed through these difficult, tragic and yet heroic military events. The core of the exhibition consists of items from the collection of the Central Museum of World War II, including samples of small weapons used during World Wars I and II. Photos, documents and personal belongings of the participants are on display. A significant place in the exhibition will be occupied by exhibits from the collection of the Museum of Telephone History; desktop, portable and static telegraph devices from the World War I. These original exhibits will give viewers a rare opportunity to become acquainted with the history of the telephone of the Entente countries and tell how each of the parties of the conflict actively invented and used technology and new methods in the hope of defeating the enemy. Some of the means of communication were kept in a single copy. In addition, the exhibition will feature material from the Central Museum of the Armed Forces; from the Russian Military Historical Archive (copies of documents on the awarding St. George crosses to Rodion Malinovsky, Rokossovsky, S.M. Budyonny, S.A. Kovpak), from "Laeb Standard" (items of military life, uniforms, a copy of the George Cross IV Class); from Agroprombank (copies of graphic portraits full of Knights of St. George - the Great Patriotic War); from a broadcaster of the TRO ‘Soyuz’ Union State (uniforms, shields, World War I maps and other items from the shooting of the film ‘The Battalion of Death’. "Almost 100 years ago there was an event that changed the ‘world order’. A whirlpool of fighting ensued which involved almost half of the world, leading to the collapse of empires and, as a result, a wave of revolutions. The main objective of contemporaries is to revive its cause and to preserve the memory of the war, its heroes and the patriotism of the entire Russian people. This exhibition at the Museum of Telephone History is in gratitude and a tribute to all those who took part in this bloody war. The Museum of Telephone History is delighted to be part of this exhibition. We are happy to help make the story of the events of that time more rich and meaningful. To help you form a true picture of military life in the Russian Empire through ‘telephones’ from those years", said Vitaly Ezopov, collector. The exhibition will be located in Zal Polkovodtsev of the Central Museum of the Great Patriotic War.

MUSEUM OF TELEPHONE HISTORY AT ‘IMPERIAL GARDENS OF RUSSIA’