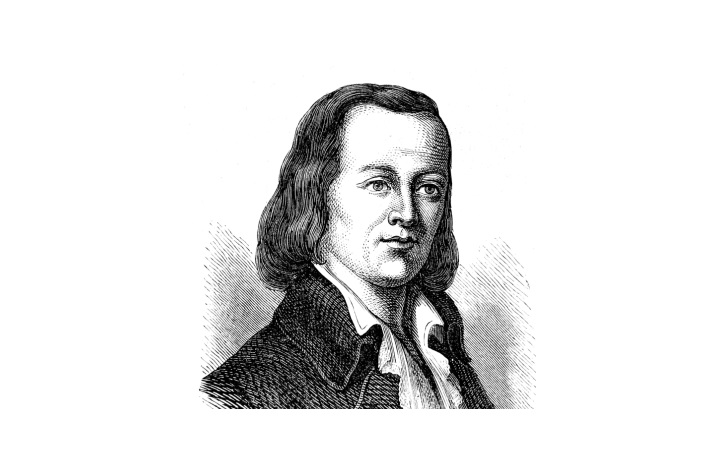 In June 1789 a priest called Claude Chappe arrived in Paris. A few days later, at the Etoile outpost, he demonstrated his telegraph, which he called the 'semaphore'. Transmission over 15 km was performed successfully. On the eve of the French Revolution, Parisians cared little for the telegraph and its inventor: his experiments went unnoticed and telegraph parts were even stolen.

However, this did not discourage Chappe. Returning to his hometown of Brulon in the south of France with his brothers, who assisted him in conducting experiments, he began improving his semaphore. Unfortunately he was doomed to fail. Local farmers, dubious of his constructions, suspected the car owning priest of secret dealings with the enemies of the revolution.

Excited peasants destroyed the telegraph construction and threatened Chappe and his brothers with death should they repeat their 'suspicious' constructions. However, Claude Chappe didn't give up. Again he arrived in Paris and, thanks to his elder brother Urban Chappe, Deputy of the Legislative Assembly, he was granted permission to build three telegraph stations: in Menilmonte, Ekuane and Saint-Martin-du-Tertre.

The distance between adjacent stations was 3 miles.

Among the deputies was G. Romm, a lover of physics and mechanics. Having read the description of the Chappe telegraph, he was delighted with his idea and in his report to the Military Department and Public Education Committee he wrote: "There has always been a need for a rapid and reliable way of delivering messages over long distances. It was extremely important especially during the war, both on land and at sea to be informed of events immediately, to transfer orders, to inform about a besieged city or whether surrounded by enemy troops. Throughout history there have been many references to invented methods for such purposes but they were largely rejected due to their incompleteness or difficulty of use. A new inventor can offer ingenious ways to 'write in the air', put together a few letters, as simple as a straight line, clearly distinguishable from one another and quickly and correctly transmit them over long distances.

The authorities released funds for the construction of a telegraph line from Paris to Lille with a length of 210 km. This line was ready in July 1794. It consisted of 20 intermediate stations. Each of them was equipped with a vertical mast resembling a railway semaphore. To the end of the mast was fastened a movable ruler. Using cords and blocks, the ruler can take 196 different positions, representing not only all the letters, but also some of the most commonly used words. Each station was serviced by one or two employees. They watched the 'neighbor' through a telescope and reproduced at its mast those signals, which the neighbor had just sent. The signals are then passed on, letter by letter, word by word along the line.

This idea is, itself, not new to telegraphy. Even the Roman military writer Flavius ​​Vegetius described a method of transmitting news using rising and dipping beams. Around the middle of the 17th Century, by order of the British Admiral Duke of York (later King James II), alarm flags were set on seagoing vessels.

Chappe's merit, however, was the fact that, based on the idea of the optical telegraph, he developed all details himself. He designed and built an ingenious machine that, using poles, accurately and promptly changed the position of the moving lines. Chappe developed his conditional alphabet, personally supervised the construction of lines that ran for hundreds of kilometers and also trained staff. The similarity between the optical telegraph, Claude Chappe's semaphore and Flavius ​​Vegetius' model was purely visual.

On September 1, 1794 in Paris, the first telegram was received at Chappe's new optical telegraph: from Lille they notified the National Convention that the army of the French Republic had just defeated the Austrians. This 210 km dispatch took 3 hours. Such speed was unprecedented in the 18th century and therefore hugely impressed the authorities and the whole of society. The delivery of dispatches from Brest to Paris took 7 minutes and from Cologne to Berlin just 10 minutes. The national government in Paris created the Telegraph Department, appointing Chappe as its chief from his position as telegraph engineer.

A few years later Chappe's telegraph lines were used by Napoleon. In April 1809, when the Austrians occupied and besieged Munich, Bavaria, the Paris assembly was informed of this by optical telegraph. Napoleon quickly came to the rescue of the Bavarians and cleansed their country of the enemy.

The impression Chappe's Telegraph left on his contemporaries was evident by, for example, this excerpt from the Alexandre Dumas novel 'The Count of Monte Cristo', which appeared in 1845, when the optical telegraph was living out its final years.

"I sometimes have a bright day," said the Count of Monte Cristo to a Villefort couple, "see on the side of the road on the hill, these billowing black arms crank up like the claws of a huge beetle and every time I look at them with excitement, I assure you, because I thought that these strange signals, so clearly leaping through the air and transmitting across 300 miles the unknown will of one man, sitting at a table, another man sitting at the end of the line at the other table, silhouetted in gray clouds and blue sky only by the force of the almighty lord's desire."

Chappe's Telegraph had, of course, a lot of disadvantages: the stations had to be built very close to one another and, over long distances, text was often distorted.

But the main drawback of the optical telegraph was its dependence on weather, the telegraph only working on clear days.

And yet, despite all its shortcomings, the Chappe Telegraph revolutionized communications. It spread rapidly across France but also in other countries. In 1795, the optical telegraph first appeared in Sweden. In England, in 1796. In Denmark, 1802. In Prussia, in 1832 and in Austria in 1835. In Russia the Chappe Telegraph was introduced with some improvements in 1833 and connected St. Petersburg and Warsaw. This line worked quite successfully. To transmit a small dispatch over 1,000 km distance took one hour. This line lasted about twenty years, and was later replaced by a Siemens Electric Telegraph line.

A year after the opening of the Paris to Lille line, a brochure appeared in Moscow, stating: "A complete and detailed description of the telegraph or newly invented long-distance-writing machine. It appreciates the great agility of Chappe Telegraph."

When Chappe did his experiments, he was publicly derided. When his semaphore finally got recognition, there were people who challenged the supremacy of his invention, reminding him that optical signals had always been used by all civilized people. These attacks greatly affected the impressionable Chappe and, on June 23, 1805, his body was found in a well. "I decided to commit suicide," wrote Chappe, "to get rid of the dismal state of my mind. I did nothing to blame myself for."

Chappe's optical telegraph existed for about half a century and was supplanted by the electric telegraph.