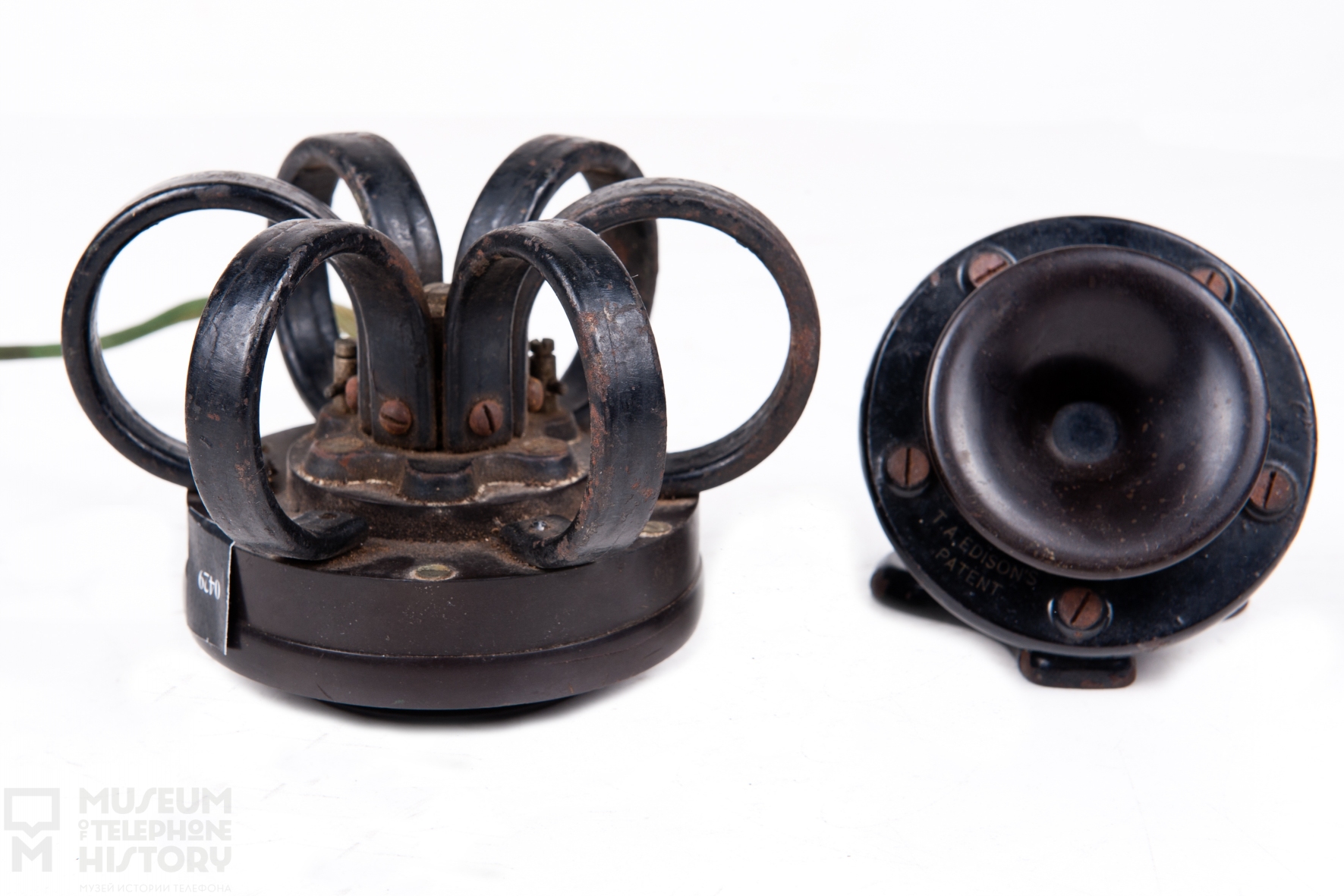 Desk Telephone Western Union. USA. 1877 In 1877 Western Union decided to compete with Bell and start manufacturing telephones. In the same year, George Phelps - the only inventor working in Western Union, patented his invention: an electromagnetic phone with a design in the shape of a crown. Western Union conducted extensive tests with telephones engineered by Phelps, Edison and Grey. In the telephones created by Bell, Gray, and Phelps a magnet was used. Phelps’ telephone was selected as the most powerful due to its features. Such telephones could act as both a receiver and a transmitter. The user spoke into the telephone and then quickly moved the phone to his ear to listen. On short lines, this telephone worked well but, as a transmitter on long lines, it proved too weak. The performance of early telephones depended on the use of existing telegraph lines. Radio interference from adjacent lines was quite strong. To solve the problems arising from the use of electromagnetic telephones, Thomas Edison invented the carbon transmitter. In early 1878 Western Union tested the transmitter, establishing a link between New York and Philadelphia. The tests were conducted by Charles Batchelor (Edison's main assistant, in Philadelphia) and William Orton (President of Western Union, in New York). Also present were Thomas Edison and George Phelps. As a result, it was discovered that Edison’s carbon telephone transmitter was better in quality than the electromagnetic telephone. As a result Western Union began using it as a standard transmitter.
Share
Previous model Panasonic Japan, 1980 y.