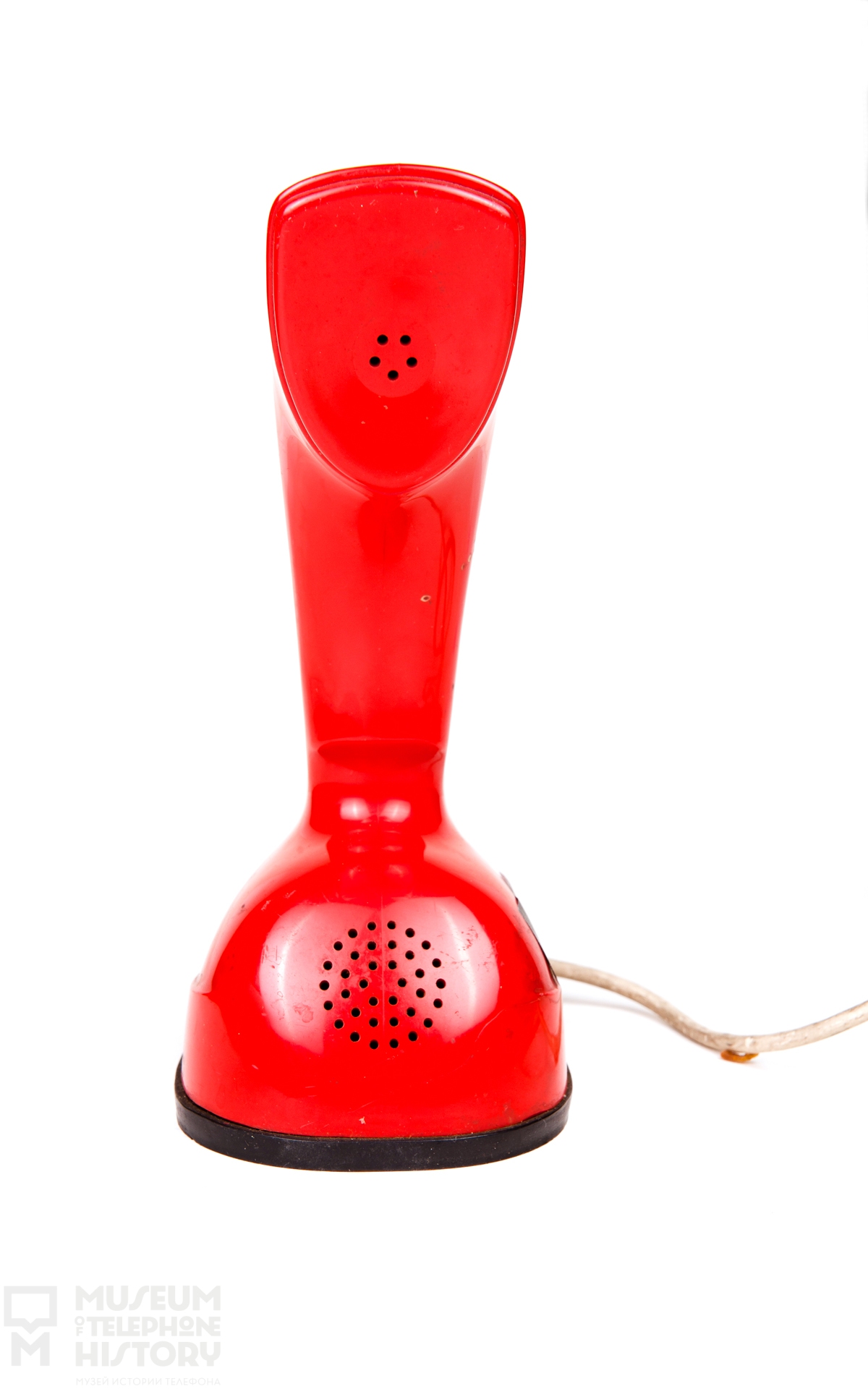 Desk Telephone Ericsson, Sweden, Ericofon model, 1954 The Ericofon, manufactured by Ericsson was probably one of the biggest steps forward made in telephone design. After WWII a number of new materials came into use. By the end of the 1940s Ericsson’s team of instructors, led by Gösta Thames, came up with a new telephone design. Their design brief was to create a small telephone, light and easy to use. After several prototypes, one design was approved. It ‘survived’ for 20 years thereafter. Ericofon production started in 1954. First it was designed for inter-company use. Ericsson decided that their biggest client ought to be the hospitals. ‘Imagine a person laying on a hospital bed trying to reach a telephone on the table to make a call!’ The design of the Ericofon was probably ‘just what the doctor ordered’. Starting from 1956 the Ericofon was manufactured for European and Australian markets. Ericsson was not able to enter the American market due to Bell’s monopoly in the telecommunications market. After many disputes Bell allowed limited corporate use of the Ericofon but with a rental fee (as if the Ericofon was hired from Bell). Bell saw the danger to his market share and was pressurized into designing his own new version. As a result the Trimline model was introduced. Initially Ericsson offered the Ericofon in 18 different colors. These telephones were equipped with an electronic tone signal (later known as the Ericotone). Not long before starting manufacture in America (around 1960) Ericsson changed the design of the Ericofon: he did this by introducing a new moulding method under pressure, making one piece of casing instead of two. This made the device a little shorter. In 1972 the Northern Electric Company ceased production of the Ericofon. Meanwhile in Sweden Karl-Arne Breger was engaged in designing a new Ericofon for Ericsson for the 100th anniversary of the company in 1976. Some skeptics have suggested that this was an attempt to revive Ericofon. The new phone was called the ‘Ericofon 700’. It was not a success and was never sold in the U.S. market.
Share
Previous model 1940 y.