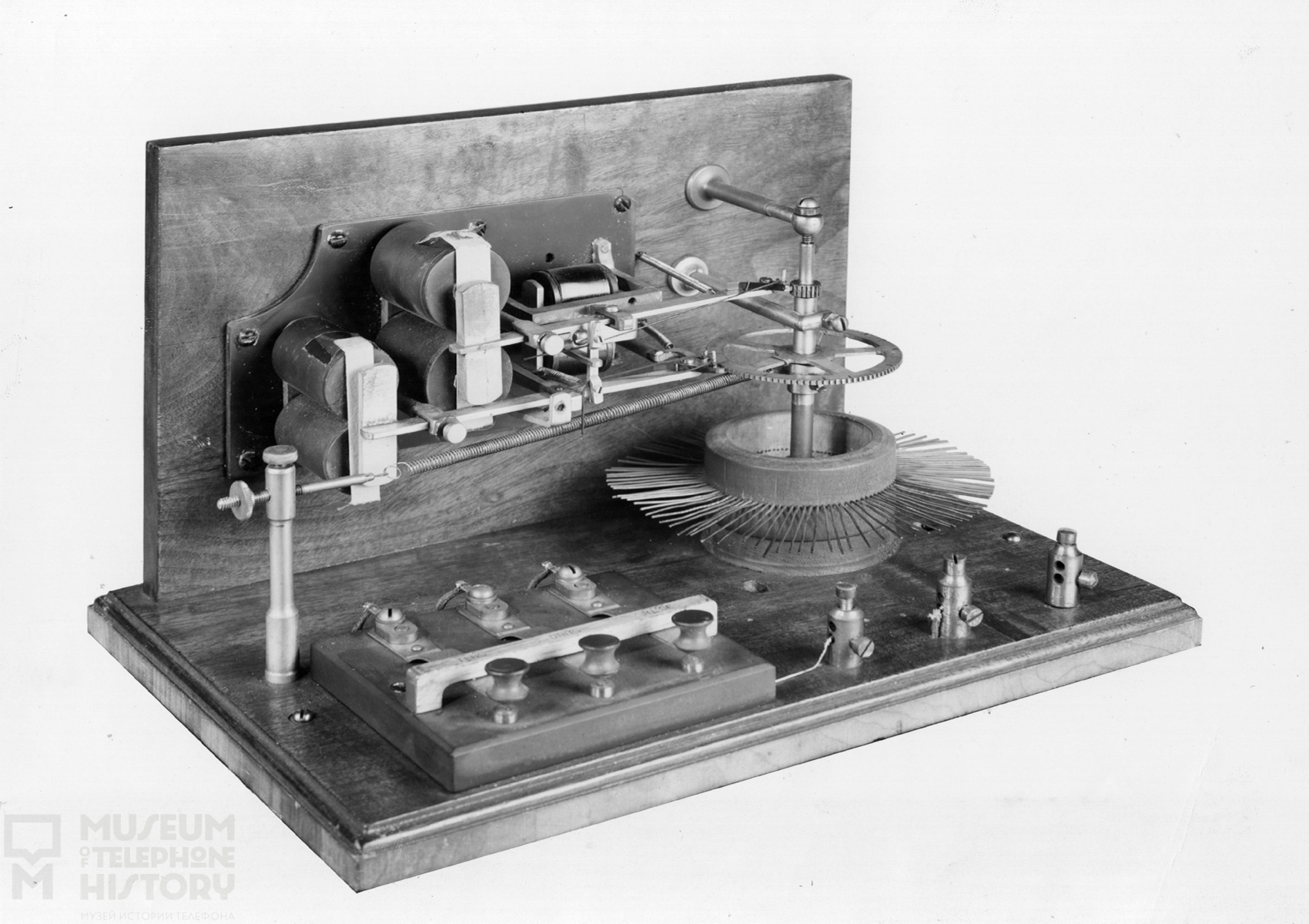 According to legend Almon Brown Strowger was the owner of the only funeral directors in Kansas City and his business was doing well. Over time, however, he noticed a sharp decline in customer numbers. Once, while browsing through newspaper obituaries, he realized that he was no longer the only undertaker in the area. He had a competitor! It transpired that the telephone operator, who worked at the telephone exchange, was well acquainted with the owner of another funeral director. She diverted all telephone queries to him. Almon Strowger decided to mend the situation. Once in the workshop he came up with the idea of a device with which to make calls without the assistance of a telephone operator. In other words, direct communication between the parties would be possible. He succeeded. Strowger invented the automatic telephone switch (PBX, ten-pulse, step switch type) with a capacity of up to 99 subscribers, as well as the rotary number dialer – inventions which still exist even today. Strowger designed his invention in 1888 and, in 1891, patented the automatic telephone station. The 'Strowger Automatic Telephone Exchange Company' was established on 30th of October 1891.   Desk telephone with 11-digit rotary dial and original remote calling. Rotary dial numbers were from 0 to 9 plus two additional positions for connection to an operator (for calls beyond the local telephone station). Used in various institutions and private houses. Strowger, USA, 1905 Used in various services, offices and private houses.
Share
Previous model British Insulated & Helsby Cables Ltd Great Britain, 1912 y.