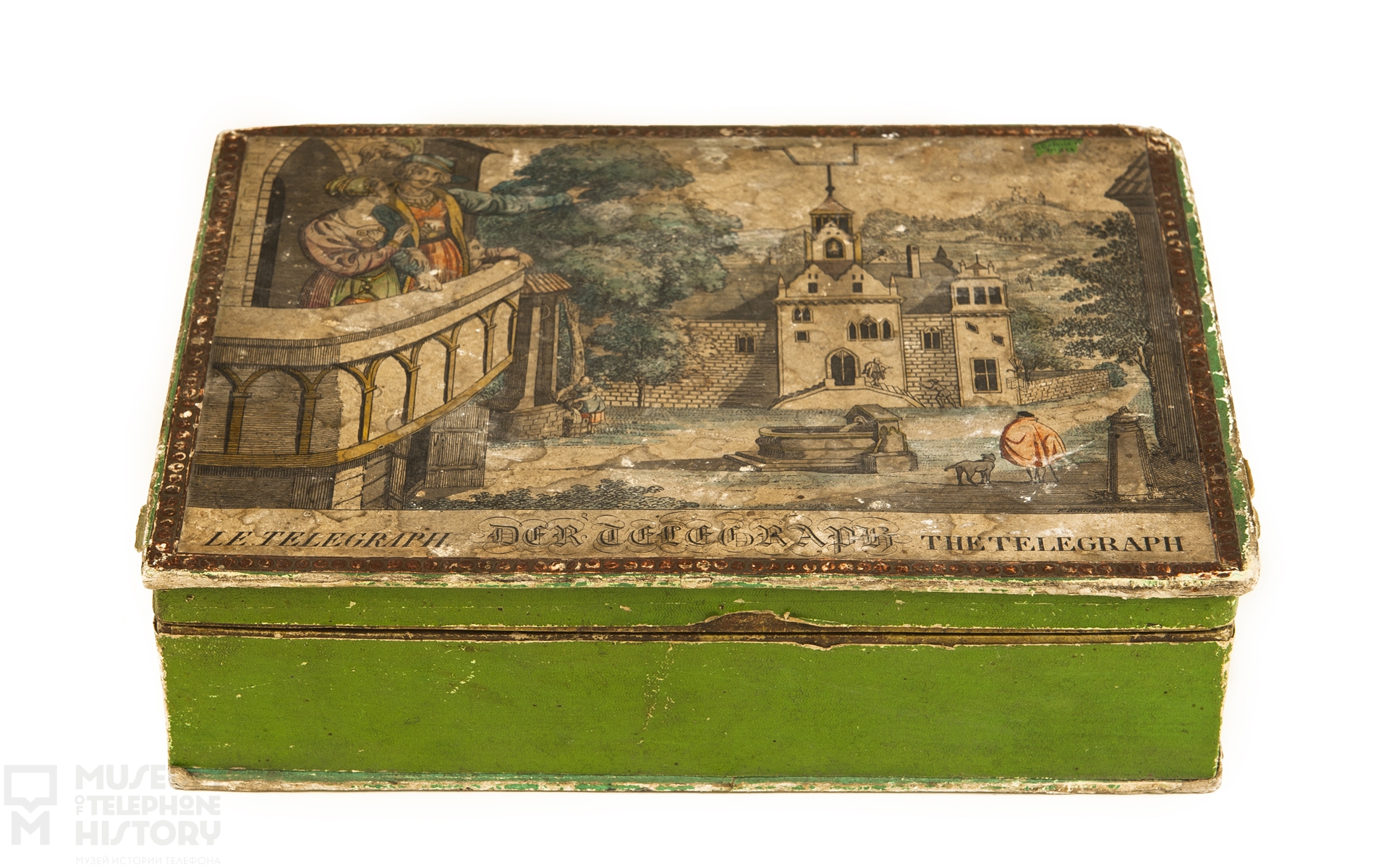 Optical Telegraph or Semaphore Apparatus. Germany, 1795-1800.    The French brothers, Ignace and Claude Chappe, invented this device in 1780 and in 1792 presented it as a ‘semaphore’ (character carrier) to the National Convention. The first semaphore line was set up in 1794 between Paris and Lille. Over 225 km of 22 stations were built, i.e., towers with poles and pivoting shutters. It would take two minutes to send one character. Other lines were soon built and the Chappe brothers’ system became widespread. Telegrams from Paris to Brest would take 7 minutes. From Berlin to Cologne, 10 minutes. Three pivoting shutters in this system could be configured to make 196 different positions thus representing the same number of individual characters, letters and words, observed through telescopes. Despite the disadvantages of optical telegraphy, which was primarily its dependence on the weather, it was actively used almost up to the middle of the 19th Century and, in Russia, until the beginning of the 1860s. For his brilliant victories, Napoleon I owed a lot to the optical telegraph, through which he was able to quickly relay his orders over long distances.
Share
Previous model Hasler Switzerland, 1890 y.