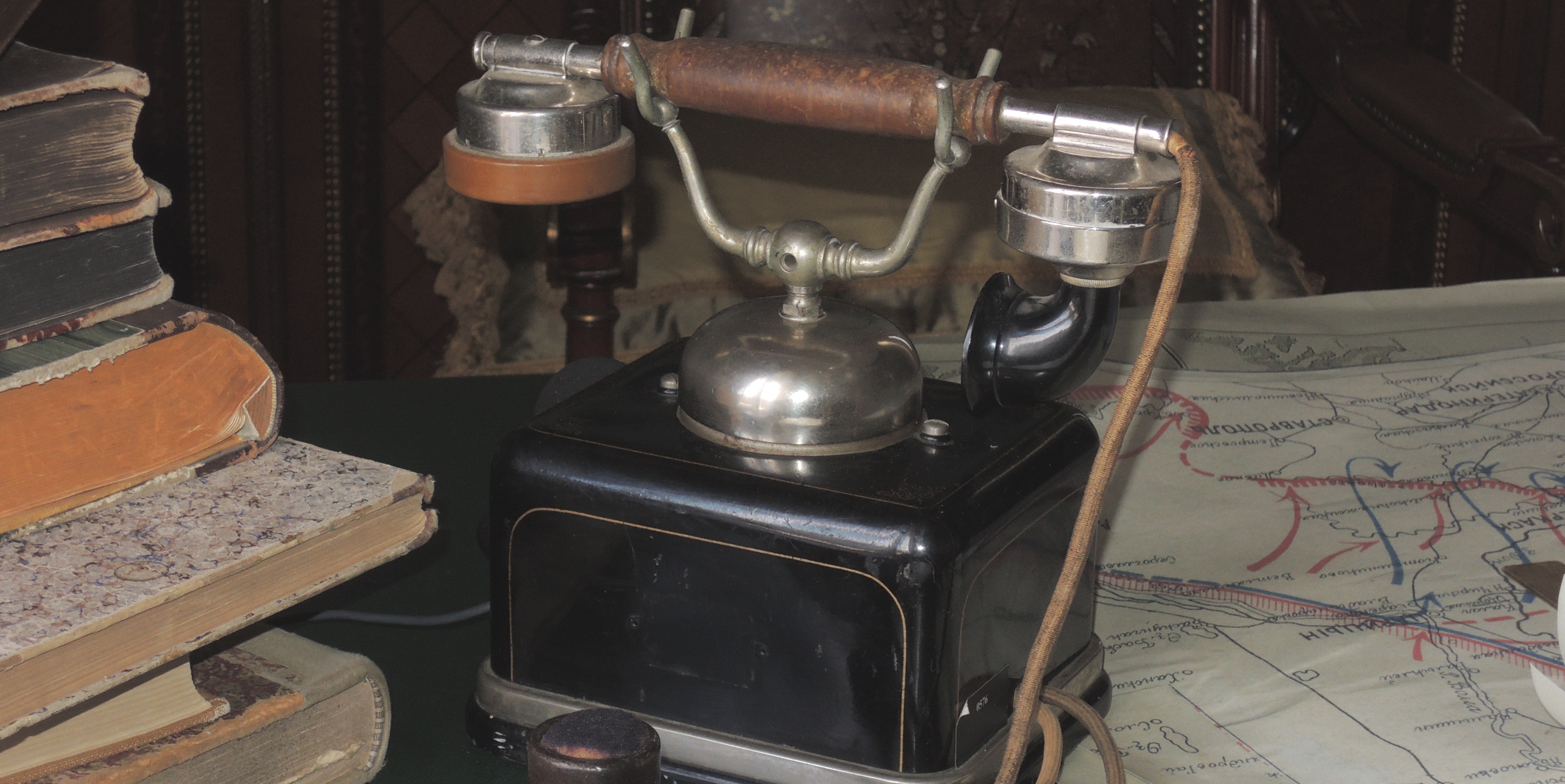 The Museum of Telephone History has "Sunstroke"

For the filming of the new film "Sunstroke", our Museum offered one of its exhibits as a prop. It is a 1910 desk phone produced by the Danish company Aktieselskab Kjobenhavns. By using this apparatus in its new film, the producers were able to authentically recreate the vintage atmosphere of those times. In addition, a great friend of the Museum and the director of the Museum of Central Telegraph, Vladimir Zukor, starred as the telegrapher General Wrangel in several Civil War episodes. "We are pleased that MIT was able to contribute to the creation of this artistic picture. I am sure that Russian viewers will appreciate the new epic film-drama directed by this well-known director," said Yulia Zavadskaja, Director of the Museum of the Telephone History.
Let’s be reminded that two works by the Russian writer Ivan Bunin ("Sunstroke" and "Cursed Days") were used as the basis of this famous director’s epic film-drama. As noted in the announcement of the film, in addition to the feature film, an extended TV version is also on the way. The mini-series "Sunstroke" offers multiple storylines and even characters, which will not be in the original film.

Understanding the world.
Next news

JULIA ZAVADSKAYA APPOINTED AS DIRECTOR OF THE MUSEUM OF TELEPHONE HISTORY