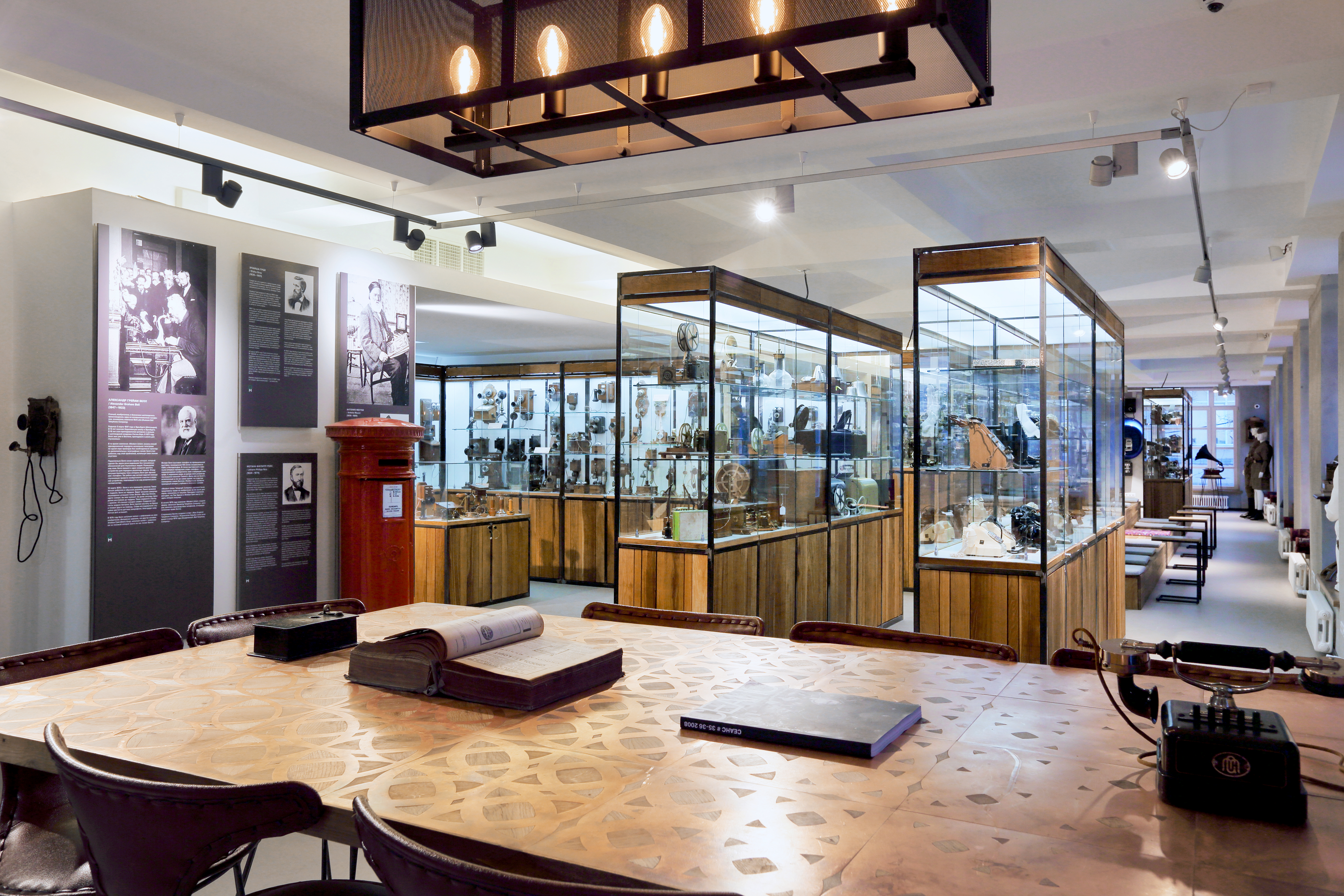 April, 25 - Museum of Telephone History opened up in the historic centre of Moscow and became one the largest museums in Europe. Local citizens and visitors can observe the exhibits illustrating how telephony developed in the XIX-XX centuries.

The Museum exposition has more than 2000 artefacts, demonstrates the whole evolution of means on communication from Bell's first phone to modern portable devices. The display has devices that date back to the First and Second World Wars; first Swedish telephone sets designed by Ericsson; a device that belonged to Alexandra Feodorovna, wife of Emperor Nicholas II, and many other unique exhibits.

The new Museum offers visitors various formats of engagement, from classical overview and thematic excursions to interactive lectures and workshops where museum guests can try themselves as a "telephone lady" working at a telephone exchange. They can also familiarize themselves with theory and practical features of how old telephones worked – or try to get an electric charge in the field from an just a lemon, several coins and nickel-plated nails.

«The Museum of Telephone History is a social and cultural educational project. The idea of creating the Museum was based on a sincere desire to make the cumulative knowledge about history of the telecom industry growth widely available to the public. Museum is located in a Digital Yard class building, and a new format of its showroom space and rich historical material of the collection are going to make MTH a focus of attraction for a wide audience and an appealing educational ground for young people», - Vitaly Ezopov, Museum founder, collector and Mastertel CEO said.

For reference. In 2013, with the support of Mastertel (a telecom service provider) a branch of the Museum of Telephone History in St. Petersburg was founded. After several years of successful operation decision was made to transfer the main exhibit of the Museum to Moscow. The new MTH building in the city centre can be found at 19 bld. 2, Sadovaya-Kudrinskaya St.