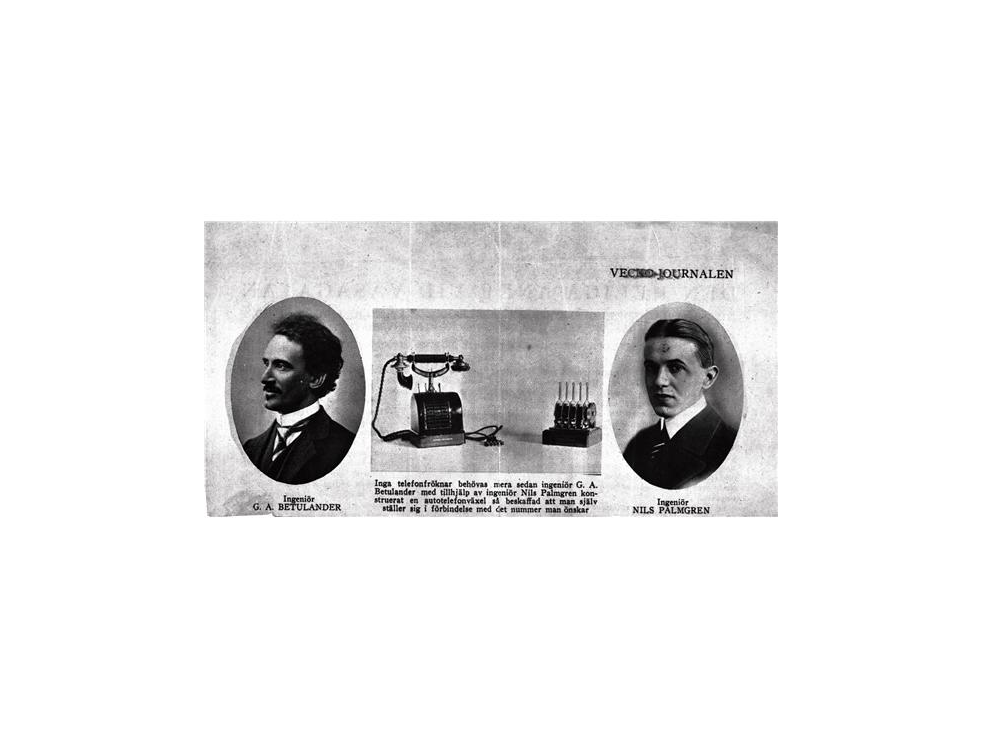 The contribution of Swedish engineers G. Betulander and N. Palmgren entered the history books with their improved telephone PaBX.

Although the Strowger system line-finders in use in 1892 had a lot of advantages (for example, they were simple and easy to use) they did wear out quickly enough and required constant care. The search for the best design solutions for station devices connecting subscribers continued.

In 1900, Swedish experts Betulander and Palmgren began working on a replacement for the Strowger line-finder. The new design was called the coordinate switching system. Five years later, in 1905, Betulander Palmgren Ericsson put forward the idea of creating the relay system based on coordinate fields, a bid that was far ahead of its time. In practice, these developments had not been applied fully, but they formed the basis of modern coordinate systems.

In 1913, in the United States, J. Reynolds patented a mechanism with relay contacts that closed with the help of coordinate rails. In 1919 G. Betulander perfected this design, creating a device, known as a multiple coordinate connector (crossbar finder), which began to be applied to the telephone switch from the mid-1920s. The coordinate system was an upgraded version of Reynolds' invention. The Swedish engineer swapped the electric magnets (horizontal electromagnets became vibrating and the vertical, holding) and he suggested using steel springs (instead of rollers and cams) for contacts. G. Betulander was also one of the first to formulate the concept of indirect management with the use of a memory register.

By 1919 the Betulander Company had already built several small experimental coordinate PaBXs that proved themselves in operation. However, the technique of coordinate switching didn't get wide-spread use. This was due to the administration in charge of communications, who were worried that the centralization of its management could harm the preservation of official secrets.

Year of putting the system of coordinate switching into operation was considered in 1923. That's when the city of Gothenburg, on the occasion of its 300th anniversary, opened the first modern coordinate exchanges.

In 1930, on the basis of this technique in Sweden, the central PaBX began to be built.