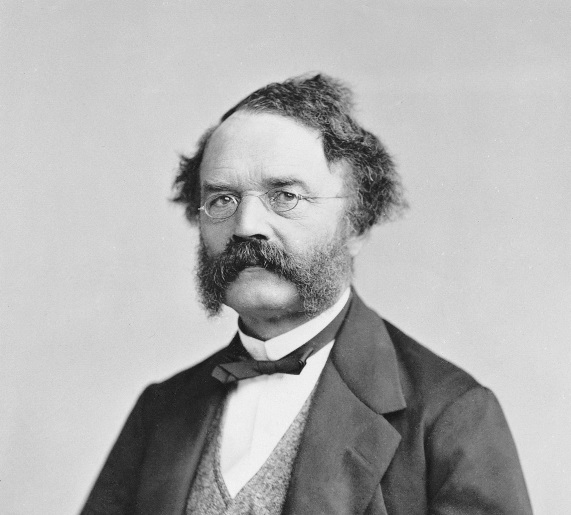 Today, the German multinational corporation Siemens, working in the field of electrical engineering, electronics, power equipment and many other things, is one of the largest in the world. The Company was named after its founder, Ernst Werner von Siemens, the eminent German engineer, inventor, scientist and industrialist, public and political figure, one of the founders of modern telecommunications technologies.

Werner von Siemens was born on December 13, 1816 in Lenthe near Hanover (Lower Saxony) and was the fourth child in a family of fourteen. When his parents were gone, Werner was 24 years old and on his shoulders lay the responsibility for a large family of ten brothers and sisters.

In 1845 he became one of the most prominent young scientists in the newly formed Physics Society. In 1846, having studied the Charles Winston electric telegraph, Siemens created from scrap materials a more advanced version, the dial telegraph. On October 1, 1847 in Berlin, together with a young mechanic Johann Georg Halske he decided to create a telegraph construction company Telegraphen-Bau-Anstalt von Siemens & Halske to construct their projects. By the year end, the Company employed 10 people. In 1849, S & H Company built the first telegraph line in Germany from Berlin to Frankfurt am Main.

Siemens had already become internationally recognized as an authority in the field of electrical engineering 35 years earlier. In 1860 he was awarded an honorary doctorate of philosophy at Berlin University.

In 1867, he created a perfect DC generator with self-powering electro-magnetic field coils (dynamo).

In the years 1868-70 the Company S & H participated in the construction of the Indo-European telegraph line from London to Calcutta (with a length of 11,000 km).

In July 1874, Siemens became a member of the Prussian Academy of Sciences. In 1877, the Company S & H produced Bell handsets and, in 1881, participated in the construction of the first telephone exchange in Berlin.

In 1879, the Company S & H presented the first electric railway at the Berlin Industrial Exhibition; in 1880 at an exhibition in Mannheim, the world's first elektrolift; in 1881 they built the first electric tram line on the outskirts of Berlin; and in 1882 they started a trial operation of road transport.

In 1888, Werner Siemens was elevated to the nobility and became Werner von Siemens. The following year, he began to gradually move away from active participation in the affairs of the Company. While still with his Company, including subsidiaries in London, St. Petersburg and Vienna, he already employed 5,000 people. On December 31, 1889 Siemens resigned as head of the firm. But he did not leave his passion of inventiveness.

In 1892, at the age of 75, he created a steel tape armor for the protection of underground cables from mechanical damage. In the same year, on December 6, Werner von Siemens died.

Siemens enterprises owe virtually all of their achievements to their leader's research and inventive abilities. His contribution to the German and European electrical industrial development is difficult not to overestimate. Siemens was the initiator of the establishment of Berlin's electro-technical Union (1879), as well as founder and chairman of the Patents society in Berlin. Werner von Siemens is also known as a patron of science and culture. He funded the establishment of the Berlin National Laboratory for Physics and Technology; thanks to his efforts and monetary support the Physico-Technical Institute was opened in Charlottenburg.