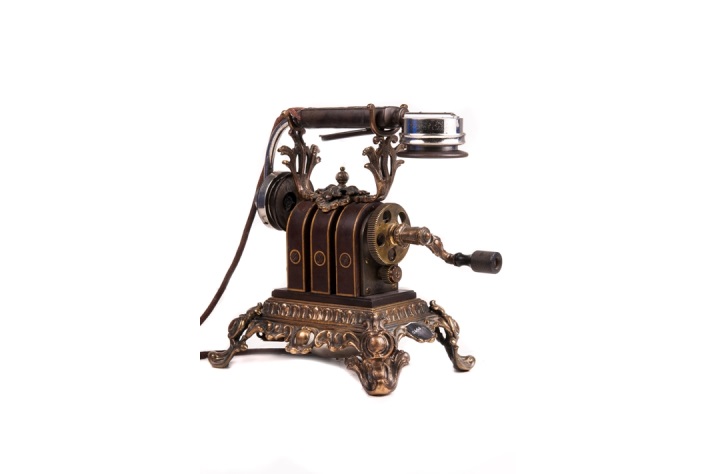 Belonged to Alexandra Fyodorovna, the wife of Nicholas II.

Based on inventories and photographs there were only a few phones in the Alexander Palace in Tsarskoye Selo. There were no phones in at least two offices of Nicholas II (the old and new). The only telephone in the chambers of the ruler was in the valet's room, located on the mezzanine above the emperor's personal rooms. There were more telephones in the Empress' chambers. In Alexandra's rosewood lounge, on a cabinet on the back wall, two telephones were installed. One of them was connected to the Headquarters of the Supreme Commander of the Russian Army in 1914. In the lilac room, where the Empress spent most of her day, there was a table with another device. On the second floor of the Alexander Palace at the children's quarters there was only one telephone, located in the hallway next to the buffet.

According to the former owner, this telephone was in the children's walk-through room of the Alexander Palace (as indicated on the handset, which has a bas-relief of ​​a small child holding a phone). In 1917 it was transferred abroad by one of the courtiers of the royal family.

This phone model was used by private telephone networks in Germany, as well as exported. The phone was suitable for internal communication and in the urban networks. Due to its weak technical characteristics it could only be used at a distance of 10 km.